Scott and Pamela Weiss paid a little under $5 million for a home in Palo Alto, Calif., last year. Come tax time, they expect to get back about $66,000 for tearing it down. 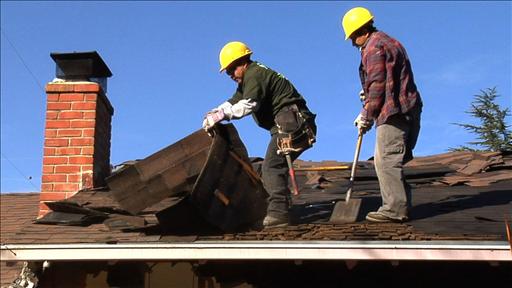 More home buyers who want to tear down an existing home and rebuild on the same lot are doing so without wrecking balls and bulldozers. “Deconstruction” is a growing trend in the West Coast housing market. WSJ’s Monika Vosough reports.

That’s because the Weisses, who are spending more than $4 million to build a new home on the site, took down the original home using a method known as “deconstruction.” In this process, a crew carefully dismantles an older property by hand instead of using bulldozers. The process costs more than a straightforward demolition—the Weisses paid more than $20,000 for the disassembly, roughly double what they would have paid for a wrecking crew. But they were able to donate home materials such as lumber, roof tiles and even lamps to nonprofits for reuse.

The donated materials were appraised by an appraisal-and-consulting firm at $159,000, which the Weisses can apply to their tax bill to receive a deduction. Based on the Weisses’ tax bracket, Ms. Weiss estimates that will ultimately work out to a savings of around $66,000, or more than three times the cost of the deconstruction.

“We’re not the kind of people who just come in with a bulldozer and clear a house out,” says Ms. Weiss, whose husband is a Silicon Valley venture capitalist. And since deconstruction ended up paying for itself, it was “not a hard decision” to pursue it. The Weisses are now building a five-bedroom, 7½-bathroom, 6,000-square-foot modern Mediterranean home that they expect to be completed late next year. 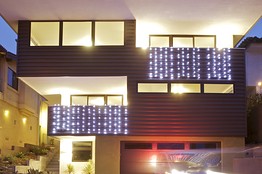 Ethan Pines for The Wall Street JournalRobert and Monica Fortunato in Hermosa Beach, Calif., net a $38,000 tax deduction by disassembling their old house and donating its parts. Their new home is pictured.

Deconstruction is a growing trend, as more homeowners try to avoid the wrecking ball when they remodel or tear down and instead find a way to reuse everything from doors to windows to light switches. Spurring the movement is growing awareness of “green” building, as well as more laws restricting the dumping of building materials into landfills. It doesn’t hurt that there’s typically a big fat tax break attached, either.

While the tax break has been around for decades, deconstruction had mostly occurred in fits and starts in pockets across the country, including a wave in the 1990s. This current surge is centered in wealthy enclaves along the West Coast, in areas such as Silicon Valley and cities including San Diego, Los Angeles, Portland, Ore., and Seattle. Many of those locales share a distinctive set of features: populations with eco-friendly mind-sets; an older housing stock ripe for tear downs; strict environmental laws and moneyed residents eager for a substantial tax credit.

Steve Simpson, an architect based in Redwood City, Calif., who often works with Silicon Valley technology executives on multimillion-dollar homes, says about 50% of the projects he does now involve a deconstruction, up from only 10% in 2007.

The ReUse People of America, a nonprofit building-materials salvage and reuse organization with 13 offices nationwide, says it has done 250 deconstructions this year, up 25% from 2008. The largest slice of the deconstructions—about a fifth—took place in California, says ReUse People’s president, Ted Reiff. Outside the West Coast, cities such as Chicago and Durham, N.C., also had a sprinkling of deconstructions, he says.

During deconstructions, people donate a wide range of goods. While the chief material that comes out of the process is lumber, Mr. Reiff says clients also toss in appliances, toilets, lighting fixtures—even cactuses.

Some people who do deconstructions have never lived in the home they bought, so sometimes brand-new doors, windows and kitchen cabinets also get recycled, he says.

“In one house, there was $100,000 of just lighting fixtures,” Mr. Reiff recalls of one deconstruction.

Roderick Cooper, a deconstruction specialist in Palo Alto, says he recycles nails, carpet, copper wire, toilets, tubs, faucets, switch boxes and more. The only materials that defy deconstruction are generally a home’s insulation, which can’t be reused, and stucco, which ends up in the landfill.

After a home is disassembled, the building materials typically go to nonprofit building centers, which aggregate the goods and then sell them to nonprofits and directly to the public. At least several West Coast metropolitan areas, including the San Francisco Bay area and Portland, have such centers, like the ReUse People in Oakland, Calif. and the Rebuilding Center in Portland. Owners or their contractors bring the materials to the centers, which confirm receipt. Ms. Weiss says that she followed the trail of what happened to the roof barrel tiles from her home and found that they eventually were procured by the Habitat for Humanity East Bay/Silicon Valley in Oakland.

Habitat for Humanity East Bay/Silicon Valley says it aims to use deconstructed materials in the homes it builds, and that it also resells used building materials, which nets the organization $250,000 a year. Bryan Kilgore, a procurement coordinator at the nonprofit, says he later sold the Weisses’ roof barrel tiles to a contractor in Concord, Calif.

Deconstructions may not initially appear to offer much of a financial or time advantage over demolition. In 2010, Adrienne Leigh and her husband bought a nearly $900,000 home to tear down in Burlingame, Calif., as part of their decision to downsize as their sons grew older. When Ms. Leigh priced out a straightforward “smash and haul” demolition, she got bids for around $12,000 for what would be a one-week job. A deconstruction, she discovered, would cost $25,000 and take at least two weeks.

But Ms. Leigh decided to do a deconstruction after further calculation—and she was rewarded when the materials from the deconstruction translated to a $34,000 tax benefit. “It was more men and took two weeks instead of one,” says the 56 year old. “But I still came out ahead by $10,000.” Ms. Leigh and her husband last month moved into their newly rebuilt 2,770-square-foot Normandy-style home.

Some cities are now aiming to incentivize homeowners to try deconstruction. In Palo Alto, homeowners don’t need to wait for a building permit to be approved before they can proceed with a deconstruction, whereas they must obtain a permit before moving ahead with a regular demolition. The city’s ordinances now also require that 90% of “inert debris” such as asphalt and concrete from a construction project, plus 80% of the remaining construction and demolition debris such as metal and wood, be diverted away from landfills, says Scott McKay, an associate planner in the Palo Alto Department of Planning.

All of that has pushed Palo Alto developer James Witt, who has been building homes for more than three decades, to try the process last year. He has now done two home deconstructions, including one of a two-bedroom bungalow this past week. Mr. Witt says he looked into doing deconstructions in the past, but they were generally five to six times the cost of a regular demolition. Now prices for deconstruction are becoming more competitive with demolitions, so “I’m pretty sure we’ll do it going forward,” he says.

For Robert and Monica Fortunato in Hermosa Beach, Calif., deconstruction was one piece of a larger project to renovate their 1959 contemporary home to become a net-zero-energy and zero-carbon house, meaning the home would ideally harvest as much energy as it used on an annualized basis. Through a deconstruction last year that cost $11,000, the couple saved French doors, toilets and lumber and netted a $38,000 tax deduction.

“We wanted to save as much as we could,” says Mr. Fortunato, a 49-year-old strategy consultant.

This entry was posted in Uncategorized. Bookmark the permalink. ← swisher still in trouble due to choice purchase opa locka garbage company →